I got to turn my birthday into a birthweek! We celebrated with my grandma today, and my girlfriend got me a cake to look like a baseball card. Then I went to my LCS and bought an awesome 16x20 Longoria auto! I love it! Its authenticated, and official. The guy also gave me a bunch of his extra topps chrome rays. 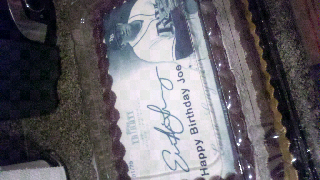 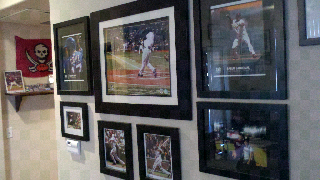 Thank you so much Stealing Home and UncleMoe for passing on some great Rays cards! I really appreciate it, and I will keep my eyes open for things for you guys also! I will post some scans up here shortly, but I wanted to get out a formal thank you as soon as possible!!!

As many of you know, I am new to the card game and am looking for ways to upgrade my Rays collection. I have been buying a lot 2012 collections like A&G, Gypsy Queen, Bowman, Bowman Plat, Heritage, and only a little Series 2 and Archives. It is mainly base and some inserts, but that's all I am looking for in return. Let me know of a team or card you are looking for and let's see if we can make it happen.


Tonight I went on a scavenger hunt to find a golden Parra bobblehead.... I did not get one :(
I got all the clues, followed the directions, but the problem was there was a Streets of New York on both sides of where I was. I ended up choosing to go towards the one that I figured had a better shot of being the one that they chose, and I ended up blaming my girlfriend for not telling me to go to the other location.

Anyway, we ran into Wal-Mart and I grabbed a couple packs. I got the worst pack of Allen & Ginter that I have ever opened where a card featuring "Rocky Mountain Oysters" was my highlight card. Once I opened the Bowman Platinum pack this beauty was sitting right on the top. I have no idea who he is, but it's an auto and opening it was awesome still. It is not #'ed but the card looks awesome in person.

I am not too sure why I never mentioned this card, but here it is! Ben Zobrist signed my Rays team ball, but he also signed this 2010 Allen & Ginter. He's having a down year this year, but he still is one of the best utility players in the game. 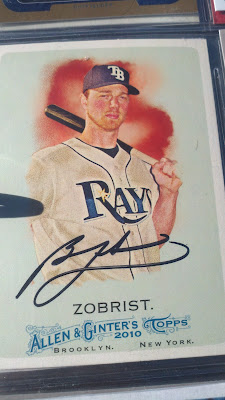 With Bowman Platinum's release last week, I picked up a few packs in California. I really love the look of these cards, but then again I don't think there have been any cards that are boring or ugly so far. The Longoria insert I picked up on Ebay for I think $1 or less shipped. The other cards were just a few that I liked from the packs I purchased. 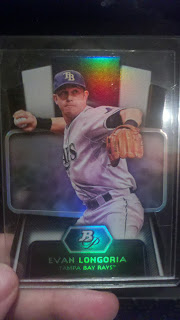 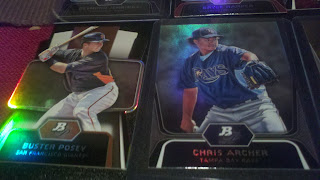 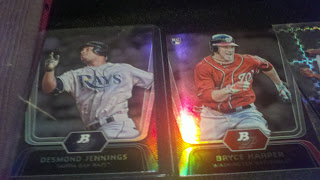 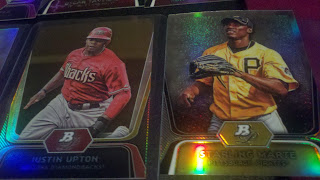 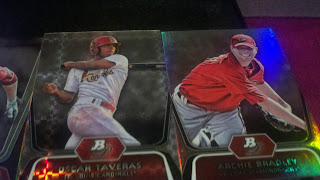