Baseball is officially underway, and I could not be more excited. All week I had been thinking about going out to a practice, but I never got a chance. So I figured that I would wake up extra early and find somewhere to go. My girlfriend has a family function (I really did not want to go), so I decided to go to Angels camp. I got to the field around 8:30, but that turned out to be way too early as I was the only person there. The Angels picked up Tommy Hanson and Josh Hamilton in the off-season, and I like both so I figured I would give it a shot. The players walked out around 10 AM, but were not receptive to even the "Good Morning" that I said to a few of them. After warm-ups they all trickled out, and most of them were the same way leaving. I was by myself so I figured chances were I would not have any luck, so I stood next to this family with tons of kids. Tim Salmon and Omar Vizquel were signing, but I had absolutely nothing for them to sign. Then came former D-Back Barry Enright who I also had nothing to sign because I totally forgot he was on the Angels. Thankfully, I was able to be one of the few people that Tommy Hanson signed for. I was a fan of his when he played for Atlanta so that was pretty awesome. CJ Wilson did walkout, and while he was incredibly rude to just about everyone, he did sign two cards for me. He refused to sign jerseys unless they were true authentic stitched jerseys. Two people asked him to sign, he looked at the back numbers, and said that he only signs authentic jerseys and walked away.

When he got to me he took my pen and signed the first card, but the pen was not working. I was bummed and then he said "You must be a rookie, let me give you two pro-tips. 1: Never leave your cap off in Arizona. 2: Players will only typically sign for people on the right side of a fence. Take notes". So the first card does not look too good, but the second one is a bit better. I tried to have him sign one more with a better pen, but he would not. I do give him credit because he did sign for everyone, but he just was not very friendly.

Gates opened at 11:30 AM, but I had a bad headache so I figured that I would just head home. I was bummed because Pujols and Hamilton were no where to be found. All the big names that were not pitchers did not even appear to be there. Oh well, it was a fun way to spend a couple of hours.

Fan Fest was a success! This years rendition was just awesome! Not only did they do the pre-order autographs, but we also were able to walk up and get autograph vouchers also. I wanted to get this posted, so let me quickly go over them: 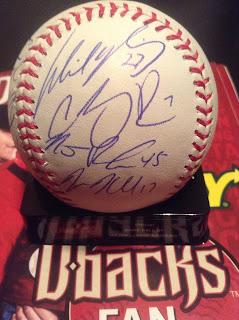 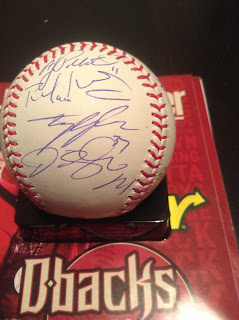 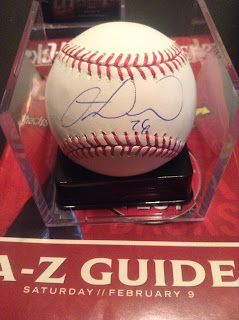 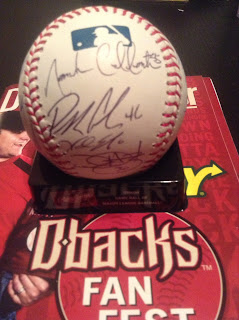 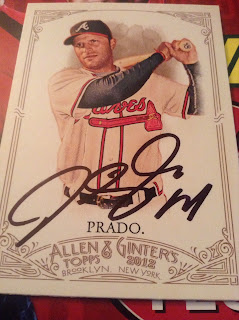 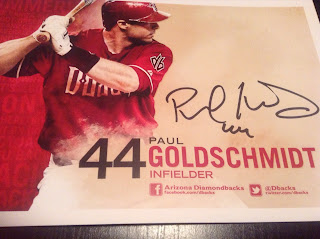 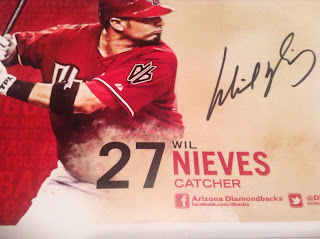 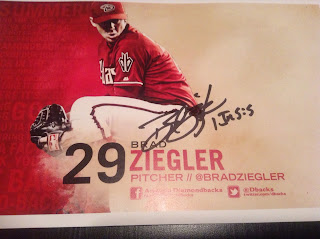 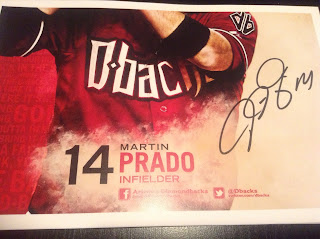 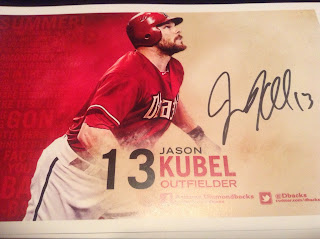 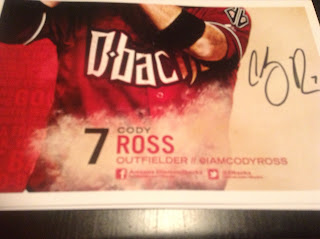 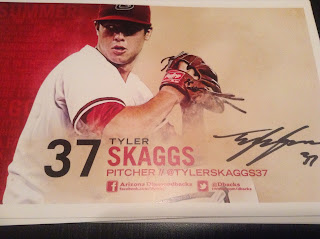 Today shaped up to be an awesome day. I got to meet up with Dan from It's Like Having My Own Card Shop, and also Larry from My 2008 Topps Set Blog at a Dbacks signing inside of the Wild Horse Pass Casino. Scheduled to attend were Miguel Montero, Adam Eaton, Josh Collmenter, and David Hernandez. In the end, Montero did not appear, but Pat Corbin took his place. I was very pleased at it since it was free, and it is better than the autographs that I picked up last year, but I was a bit bummed Montero did not appear. Tomorrow is Fanfest, and I already have my tickets to get autos from Martin Prado, Jason Kubel, and Cody Ross. I figure it will be a good start to the my 2013 Dbacks team ball that I hope to accomplish. 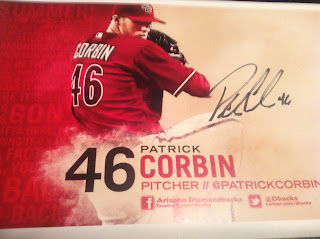 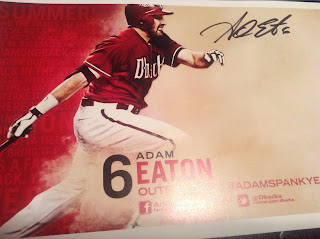 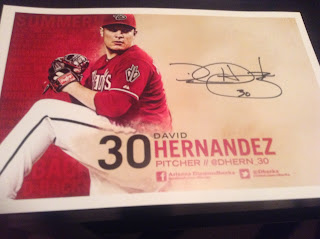 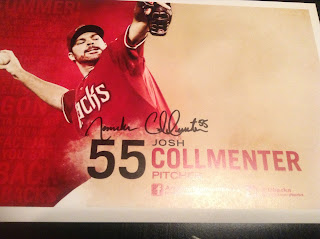 Below are just a few of the awesome cards that Dan gave me. Thanks a lot Dan, I really appreciate it!


Once I arrived home, I noticed that my ebay bubble mailer was here! I had 2 team sets of 2013 Dbacks/Rays with all the inserts, and then my Fernando Rodney auto card! Team sets, auto, and 50 wrappers all ran me around $8 shipped. Gotta love the ebay seller Brentandbecca. 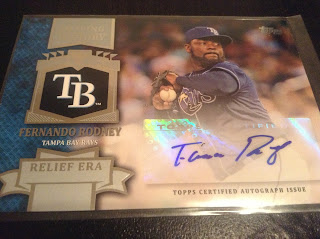 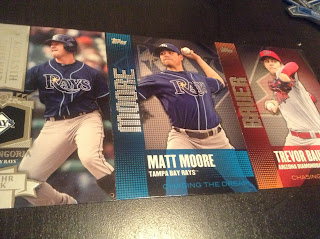 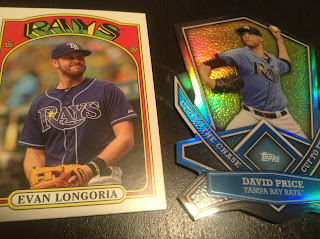 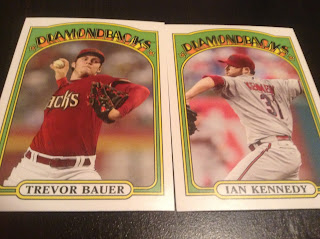