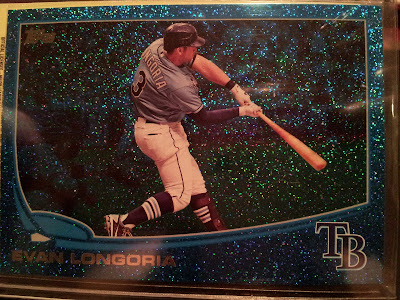 I had been eyeing a few Longo silver slate cards, but was not looking forward to paying $5 plus $3 shipping. Thankfully, the ebay seller that shipped my GQ cards had an extra one and tossed it in free of charge. I absolutely love this card, and it works even better because Longo is wearing the powder blues.
Posted by joe at 10:42 PM 1 comment:


Gypsy Queen (2012) was the first set that I really got excited about, and it carried over into 2013. I love the high contrast designs, on-card autos, and minis. This year, GQ had a few diferences but it was mainly the same exact thing as last year. That is fine by me. I have been picking up team sets at a very reasonable price from Brent Williams (twitter & ebay: @brentandbecca). Typically he offers set prices way cheaper on Twitter if you message him, and he is a real good guy in general. I picked up team sets of the Rays and Dbacks,  Team set of Minis, Mini SP Variations, and an Auto. I do not remember how much I paid, but more than likely much less that the cost of 3 rack packs. I just posted the pictures of the mini team sets since it's easy to take pictures of more of them. Insert cards are normal sized, I do not think that GQ has insert minis this year.

I was pretty bummed that they would not include Joyce, Hellickson, Wil Myers, Archer (Base). Wil Myers was the centerpiece of the James Shields trade and should be up very soon. They included Odorizzi, who was also in the trade and is in AAA so that does not really make sense.

I think they did a good job of putting together the Dbacks list, but what about Prado? He has yet to be in any of the sets this year as a Dback, and he was the return for the Dbacks in the Upton trade. Would have been nice to see Kubel, Parra, or Putz too. 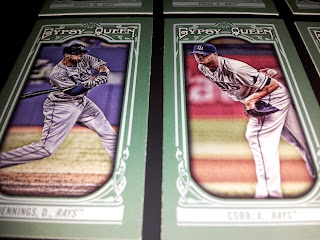 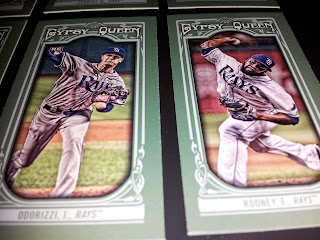 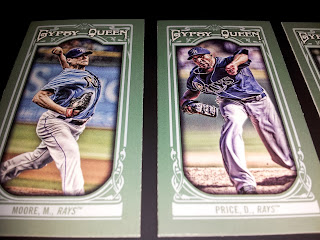 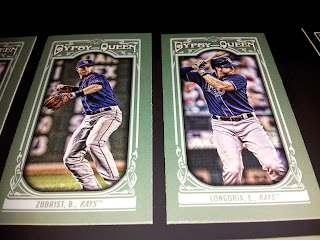 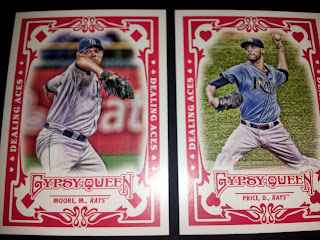 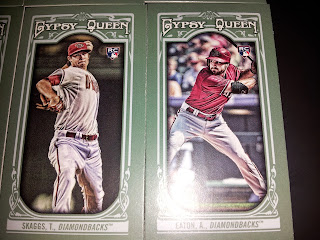 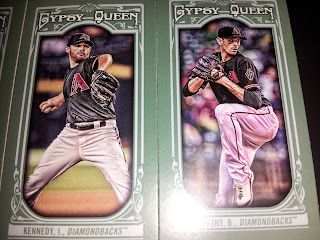 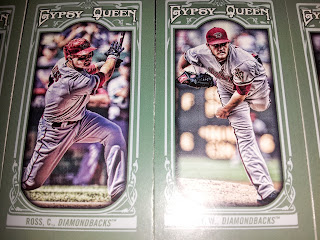 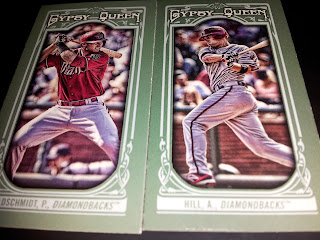 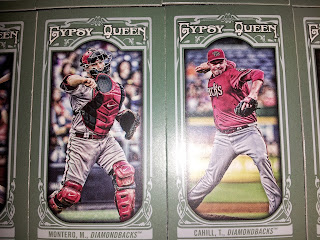 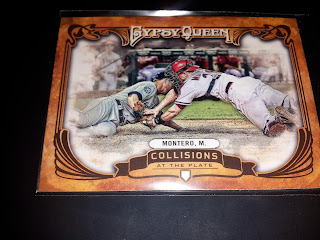 This is slightly off course of what I usually post, but I thought it was important. Today I received a package from a friend that had actually passed away 2 weeks ago. He let me know that he had picked up a few things, a while back so I assume his wife sent it, but it's just crazy to me. My friend Jim was a visionary, and he showed that by creating the Hungry Howies pizza chain and developing it in to what is today. He was a huge sports fan, and really is the only reason I enjoy sports to this day. He took me to tons of sporting events in Tampa and gave me my first job. He also never missed a Superbowl. Ever. In my package I received a few really cool Tampa sports things, but I wanted to include these things.

A mini-helmet from the Super Bowl, a Rays gnome, and a Hungry Howies bobblehead. I have many things to remember him by, but these are some awesome things too. 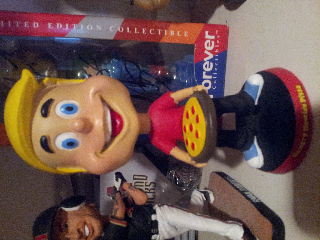 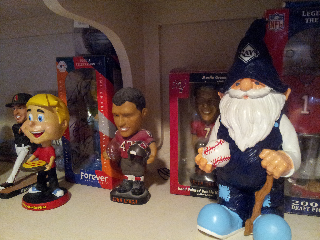 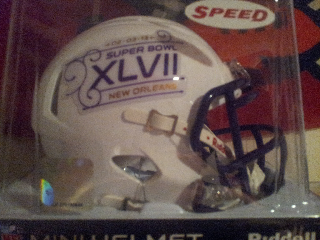 It's been a while since I missed an opening day, and I am very grateful that I was able to go again this year. The D-Backs are a new team, but I care more about the name on the front of the jersey than the back (except with Longo because he is a Rays legend). The game was awesome! I brought by team ball because I still have many signatures I need, and i'm glad I did. Aaron Hill was signing but I could not figure out the direction he was signing. Everyone flocked to him which meant that I was the first person that Parra signed for. I've never met him before, and he is one of my favorites. I am so excited for the season! 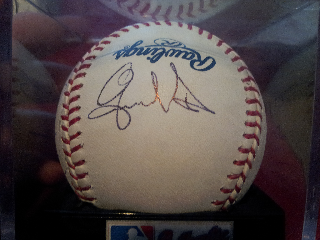